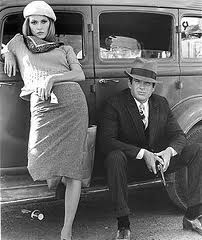 The increasingly pervasive phrase which origined from hip hop culture is now the gold standard of what a gent expects from a lady. “Ride or Die” generally means having your man’s support through life’s peaks and troughs. Throughout my dating and relationship experience…..it was expected of me to be a “Ride or Die” chick.  I was honored to be and still am that woman. I feel every woman should be that stake in the ground that your man can reach out to. This is provided that he is equally supportive to you as well. So you may ask if you were this “Ride or Die” chick why aren’t you still riding it out for your marriage? Great question! Was it expected? Yes. Before answering that question…. let me go back to what I think “Ride or Die” means and provide what some of my male counterparts believe it means.  My perspective of what qualities a “Ride or Die” chick should have entails….uplifting and inspiring your man to achieve the unattainable, be a contributor to the household not necessarily financially– establishing an empire together, loving him for who he is and not for his status or possessions, understanding that he does need a break and time to himself and it is not always about “you”, there for him when he is sick, happy, frustrated, confused, as long as it is not compromising your inner happiness, beliefs and self worth. Now my men while many have similar views as mine, but it does amaze me that through various conversations I have had there is this  reference of “ohhh that persons wife was there with him while he was spreading his wings across the United States or should I say “doing his thing”, she is a “Ride or Die” chick!”……uh no. While maybe infidelity  was not a deal breaker for that woman that does not constitute “Ride or Die”. (Now infidelity of whether you should leave or not….is another blog topic)  Or this woman was holding the house down while her man did 10 years in prison for a wrongful act that he was indeed guilty for. That is not in the definition either.  If someone chooses to stay…. I guess it wasn’t a deal breaker for that person. However for many woman if that is against your value and beliefs…it is okay to move on with your life. Nor is staying home and making sure your man’s dinner is at the table ready every day and the husband can’t even remember your birthday or anniversary and the only conversations you have are who is taking the kids to school….and it depresses you and there is no interest from the husband to remedy the situation. Or compromising your long-term goal of becoming an artist, traveling the world or having children. “Ride or Die” in my view is a two-way streak. I am a firm believer of you treat everyone like you would want to be treated. Distribute goodness, receive it in return.  Everyone has various standards and expectations from life and it is up to you to fulfill them. By that…it also means choosing the people in your life that will support your standards and expectations. If I am compromising my values and am unhappy with the person I have become…a fix needs to be made.  So, for me……I had to turn off the “Ride or Die” chick button and remove that stake in the ground…because I needed that stake to support myself.

While it may have took some time for me to come to that realization….as it is engrained in your mind from family, elders and peers that “marriage” is forever for “Better or Worse”…the only reason you should leave is if your man is physically beating you. It was a necessary step for my sanity. There were certain expectations I expected from my then husband that were not met. Not to say, I was the “perfect wife” because I had my issues….trust me! But, there was one expectation that was the tipping point….where I was like…why put up with everything else. This was the dealbreaker where that empire we were building together, I was willing to remove those cinder blocks and watch it all collapse….and start from scratch.

31 thoughts on ““Ride or Die” Chick! A Divorcee Perspective”