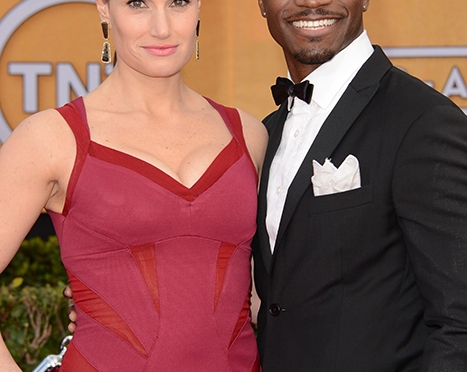 Taye Diggs, the 43 year-old actor did a recent interview with Redbook magazine discussing his split with actress Idina Menzel. Taye Diggs announced that the couple were separating after 10 years of marriage in December 2013. The two have a son named Walker who was born in 2009. He also discusses his focus on balancing  co-parenting and their careers. Diggs interview was to part promote his starring role in the new TNT series “Murder in the First.

Basically, according to him, the fans were extremely fond of his relationship with Menzel. Thus he anticipated the public’s surprise reaction, once he announced that the married couple would be separating.

“I’d be lying if I said there weren’t times when I thought, ‘Oh, man, people are going to trip out (if we split),”

“Maybe they thought it was cute that we met in ‘Rent.’ There weren’t a lot of couples like us in the theater community — and I know there aren’t a lot of performers as talented as she is … and then you have the whole mixed (race) thing. It was easy for people to root for us.”

“Right now, we’re still trying to figure out a lot of stuff, We’re on different coasts and our son is getting older.

While it remains unknown of what led to the demise of their relationship, Menzel, the “Frozen” star also opened up with People magazine about the challenges of marriage in April 2013.

“We work at it, I’m not going to glamorize it or glorify it — we go through tough times like everybody else, but we love each other very much.”

This brought an interesting topic to my mind.

Sticking in your relationship for the sake of your peers!

There are many unhappy couples that stick it out to avoid the backlash of their peers and family. They maintain their status to support their image. Yet they are unhappy.

I remember I went through a similar situation when deciding to end my marriage. Once I was okay with ending the relationship, I then had to be prepared for the backlash and shock from my friends and family. Be prepared to answer their questions, determine how much detail I wanted to share and be resilient of their opinions that differ from my own decision.

I say, you will never be able to satisfy all of your peers. While married or in a relationship there will always be some family member or friend who think you deserve better than your chosen mate and vice-versa. Believe you should have someone who is more accomplished, caters more to you than you do to them. And yadayadaya.

Do what makes you feel happy, whether staying in what you believe is a fulfilling relationship or leaving an exhaustive and draining experience. Can’t be worried about your peers. Just choose how you plan to address them. You are not required to give them the whole storybook explanation of why you choose to end your relationship. 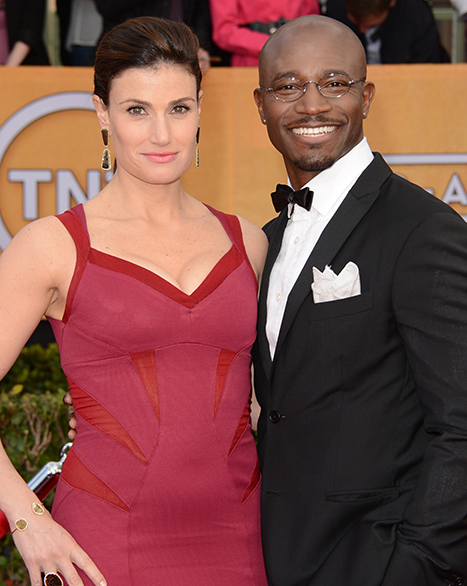 2 thoughts on “Taye Diggs Discuss Split And Fans Disappointment! Are You Sticking In Your Relationship For The Sake Of Your Peers?”