Thought I would share this wonderful article with you all. Being an Alpha Woman….I definitely need someone that can handle all of my intricacies and not feel insecure or threatened by me voicing my feelings or opinion. Someone that will be a straight shooter and confront me when I am wrong but is not going to run at the first sign of adversity. I am not perfect but I have an incredible heart when given a true chance! As I am a Ride or Die just looking for my Ride or Die Match! Check the article on EliteDaily.com 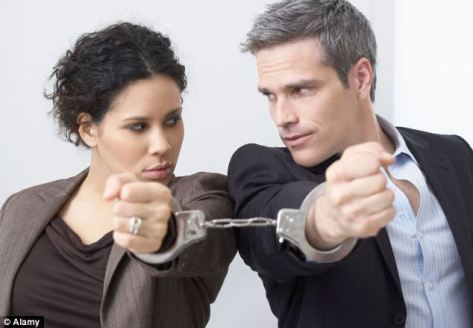 The Alpha Female is a strong, majestic female. She can often be intimidating to those around her and isn’t afraid to ask for what she wants. She’s killing it in her career and has a solid group of friends to rely on.

There’s nothing quite as brilliant as a woman with confidence and ambition. She isn’t scared to put people in their place should they do her dirty, nor is she willing to put up with anyone else’s sh*t. She simply doesn’t have the time.

A strong Alpha Woman needs a man who’s her equal, her partner, her greatest supporter. By definition, you’d think that she should want an Alpha Male, but he can provide only passion, not steadiness. She also doesn’t get along with Beta Males because they’re too weak to keep her or pique her interest.

So, who’s right for the mighty Alpha Female? What kind of man can keep her grounded while still challenging her to grow and be the best she can?

May I introduce Type Z: a man who’s equal parts solid and charismatic. He’s her rock, her foundation. He’s not intimidated by her successes nor would he allow her to walk all over him. He’s true to himself and true to her.

An Alpha Woman knows what she needs to have a sturdy partnership with a man who’ll be her ally, her confidant and her best friend.

These are 18 qualities every Alpha Female should look for in a boyfriend:

1. He’s someone who can tease you and also be teased.

He’d never be malicious or say something  to hurt your feelings, but he can give a joke just as well as you can.

You know each other well enough to know when you’ve crossed the line, but your shared love of sarcasm and your knowledge of each other’s weak spots make teasing fun — never threatening.

He’s as strong as you are, but more subdued. He’ll push you to be the best you can be and challenge every decision you make — but you’ll love him for it.

Life with him is always exciting and never ceases to surprise you.

He’s confident enough to know that the mild flirtations you have at a cocktail party and your unyielding friendship with your work husband are never a threat to your relationship.

He knows you’re his and never feels the need to question you because your relationship was built on a foundation of trust.

He has his own life and respects that you have yours. He’s never going to give you a hard time about wanting to hit the club with your girls.

Instead, he encourages you to spend time with them whenever you want to because he knows whom you’re coming home to.

5. He doesn’t air your dirty laundry.

6. He knows how to deal with your bad moods.

He’s a source of comfort for you. You feel at ease with him. When you’re angry, he somehow knows how to deal with you with more grace than anyone else.

Depending on how you’re feeling, angsty and emotional or overwhelmed and exhausted, he lets you have your space and knows when to hold you in his arms.

7. When he apologizes, he really means it.

If he’s done something wrong, he’ll always be man enough to admit it and tell you he’s sorry. He’s not arrogant or pigheaded — he won’t do something sh*tty and turn the tables on you, and he won’t hurt your feelings and make you feel stupid for being upset.

He’s a man, not a boy — and a man always knows when he needs to apologize.

8. He’s moving at the same speed you are.

Whether in his current career or his lofty life goals, he always seems to be moving at the same speed you are. He knows what he wants and respects what you want. He’s never pushy or demoralizing — just steadily moving from one goal to the next with a very bright future in sight.

9. He doesn’t belittle you, but he doesn’t put you on pedestal either.

He’s slow and steady, but never a doormat. He doesn’t idolize you but doesn’t make you feel small. He treats you like the fierce woman you are. He also likes to spoil you, but would never give you everything you want.

He’ll always keep you guessing. He’s your partner, not your provider. He’s there because he wants you, not because he needs you.

10. He is someone who teaches, but never lectures.

The best partnerships are the ones in which both people can learn from each other. He’s a well of knowledge and loves to provide you with new information and insights on things he’s passionate about.

You learn from him in many ways, but you never feel like he’s pushing you or judging you. You both teach other lessons that make you better people and better citizens of the world.

If he doesn’t make you laugh, you’ll soon grow tired of him. Laughter is one of the most important qualities in a partner. Your shared love of sarcasm and his sharp wit complement each other perfectly.

12. He’ll call you out when you need to be called out.

He’ll never fail to tell you how it is. He’s not scared to hurt your feelings, and he doesn’t tiptoe around you, either. If you’re acting like a raging b*tch or are completely talking out of your ass, you can bet your ass he’ll call you out on it.

13. He wants to be the wind beneath your wings.

He’s a stoic man: strong, independent and sure of himself. He prefers to let you lead, but he’s always there to fully support you. He has no problem being the background; he’s there to be your strongest supporter and your steadfast foundation. He loves that you’re popular because you’re a person he’s very proud of.

14. He isn’t the life of the party, but is always there if you need to be carried home.

He lets you be the social butterfly you naturally are. He doesn’t mind your vibrancy or doesn’t feel intimidated by your fiery, dynamic personality; instead, he embraces it. He’s also a protector.

He’ll pour you another drink, but take it away when you’ve had too much. He always takes care of you.

He reads a whole lot of books and stays informed on current events so he can have well-rounded opinions with factual bases. Being educated and sound in his understanding of the world around him is very important to him.

16. He knows when to drop it and when to address it.

He’ll stand his ground when he knows he is right. Though he’ll argue with you, he’s not unwilling to concede if it means ending a fight. You’re strong-willed, and he knows when a difference in opinion or a questionable action is worth discussing or whether it’s better left alone.

He’s as career-focused as you are. You both genuinely care about each other’s endeavors. He doesn’t sit back and watch you achieve your dreams because he has passions and goals of his own. You two are a true power couple.

18. He’s a great listener, but also expects to be heard.

He knows when to talk and he knows when to keep his mouth shut. He quietly and patiently listens to everything you have to say, but he expects you to do the same for him.