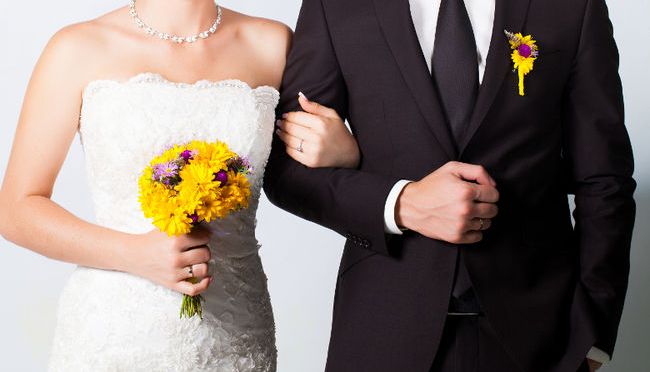 This article is pretty deep, disturbing but very real. Women and Men please read! Marry because you are “In Love” please “Do Not Settle” nor “Try to Force It Upon Your Partner”- maybe your partner’s timing doesn’t match or really does not want to marry you. In the end there is just regret and lost time. Take heed in staying in a relationship because you feel you put in the time and it is familiar but you know you and your partner is not really thrilled.  I truly believe over half of the marriages that exist today is because either the Woman or Man settled and are not with their soul mates. I get it no one wants to be alone in the long run. If you choose to settle for someone that is not your soul mate, for stability and reliability, no judgment from here. However, as a Divorcee and speaking to other Divorcees, the second time around we are looking for true chemistry that is sustainable. We are not settling and making the same mistakes we made the first time around. Enjoy this article from YourTango.com

A study found that 25 percent of men will commit even if there’s no love or attraction.

Just when you think the world is full of love and sunshine and rainbows, yet another study comes along and smacks you in the face to prove otherwise. Turns out that a lot of men don’t enter into commitments like marriage out of a genuine bond toward a woman — they seem to do it just because. Let’s explore, shall we?

The new Match.com Singles in America study found that 25 percent of men will agree to commit to a woman even if they aren’t romantically or sexually attracted to her.

According to the study, it seems that both single men and women — although men more so — are looking for companionship, rather than completion. So forget about that scene in Jerry Maguire and accept that you may never hear those words: “You complete me.” You’re more likely to hear, “Honey, what’s for dinner?”

Here are some reasons men walk down the aisle even if they’re not feelin’ it.

1. Dinner.
You may think the woman making dinner for her man is something out the 1950s, but it’s still very much a thing. I know way more women than men who rush home to make dinner for their sweetie every day. Men like to be fed.

2. Laundry.
Some men will never learn that you can’t put red socks in with white pants. If a woman does your laundry, you’re spending less money on white shirts.

3. Comfort.
There is something very comfortable about coming home to someone at the end of a long day.

4. Everyone else is doing it.
As we mentioned, peer pressure goes a long way with men. No one wants to be the last man standing at the bar at 3 a.m. because all his buddies went home a long time ago with their wives or girlfriends.

5. Guilt.
I once had a guy friend admit, after proposing to his girlfriend, that he wasn’t in love with her anymore but she had “done her time” and stayed with him. Sounds really romantic, right?

6. Fear.
Most people fear not only aging, but also dying alone. Men are no exception to this; in fact, men fear it more than women. I’ve learned this one from my dad.

7. The settling factor.
Sometimes it’s just easier to go with what you know than trying something different. This goes for both relationships and ice cream flavors.

8. Sex.
Yes, even if there aren’t exactly fireworks, he can probably still get it up. Sex whenever you want it? How can you go wrong?

9. Growing up.
Society has taught us that the next step in a relationship is marriage, then babies. If you opt for a lifestyle that differs from this, then people start wondering what’s wrong with you. Sometimes it’s better to just succumb to society’s standards.

10. The ultimatum.
Sometimes it’s easier to say “okay” than put up a fight. But ladies, please don’t give him ultimatums about commitment. Ever. You’re just asking for a world of hurt later.

Why do you think men commit? Are the reasons as bleak as this study makes them sound?