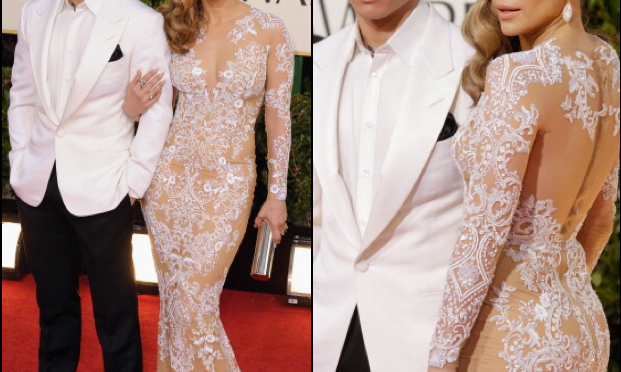 There are alleged rumors that  44 year-old Jennifer Lopez  has dumped her boyfriend of two and a half years 27 year-old dancer Casper. This follows news that her boyfriend has been exposed of flirting with two transsexual models via Instagram. END_OF_DOCUMENT_TOKEN_TO_BE_REPLACED

According to Fox News in Houston, a father was charged in contempt of court for over-paying child support and exceeding visits to his son. Apparently, terms were modified in the child support agreement without his knowledge. The judge sentenced him to six months in jail and required to pay his ex-wife’s attorney fees. The father Clifford Hall, over paid child support by $3,000 which the judge found contemptible. Hall expressed:

“I can’t be there for my son in jail,” Hall said. “I can’t pay child support in jail. This is not in the best interest of the child.”

One parent attacking the other where the child suffers is unacceptable. But what makes this more ludicrous is that the court system went against the primary purpose of establishing child support agreements–to protect the child. The judge is supposed to consider the best interest of the child. When I was going through my divorce proceedings, New Jersey requires you to attend a mandatory counseling course if there are children involved.The course re-iterated that the judge’s number one priority is the child’s welfare. This judge did not consider this when sentencing the father to six months in jail.

There are many child custody issues out there where the non-custodial parent is not meeting their mandatory visitation schedule and/or coming short on their financial obligation. Because a father is going above and beyond, jail time is justified? This is despite whether the child support agreement was amended or not. Is the judge going to credit his prior year child support over payments to the time he was not able to work while incarcerated? Will the father get to double-up his visitation once his sentence ends to replace the time missed while locked up? I think not. What mother would take their child’s father’s to court because of his efforts in being a good father to his son? Why would a woman be so bitter over an ex-husband to make his life miserable at the expense of the child?

When talking with many fathers where the relationship with the mother did not end on a positive note, they complain how many women have used their children to get back at whatever wrong was done in the relationship. They cite women withholding the opportunity of them spending quality time with their child. Seeking monetary gains in lieu of nourishing the child with fatherly love.

This is unacceptable in my opinion. Whatever the reason the mother thought it was necessary to  take the father for court by being the “model” dad, is not justifiable. Squash your differences for the sake of your children. If there are two willing participating parents in your child’s life, let him thrive from both parents love. Do not deprive the child because of your differences.

The judicial system is flawed. The judge should be revoked from her duties. The outcome of this case should be reconsidered.

What Are Your Thoughts? Should a Man Do Time For Over-Extending His Parenting Duties?